Ok, so it's been almost a year since my last blog which is just terrible and for which I apologize. It's not because I've been leading a boring and uninteresting life no, but because I spilled water on Sophie's Mac thus breaking it and leaving me unable to continue work due to recovery time from Sophie's beating.

Anyway, once the computer was up and running again, all my photos had been lost 'sigh'. However the geek inside me kept a back up, although not well organized I am able to do a quick recap of my remaining year in Korea and try and get you up to date. So, here it goes.

In August of last year - yep that's how long I've left it - me and Sophie went to the World Expo in Yeosu which is on the south coast of the country. Now, if your unfamiliar with what the world expo is, it's basically a big exhibition about different cultures from around the world, and generally has an overall theme; This last years theme was global warming and saving the ice cap and sea life etc. Exciting stuff! 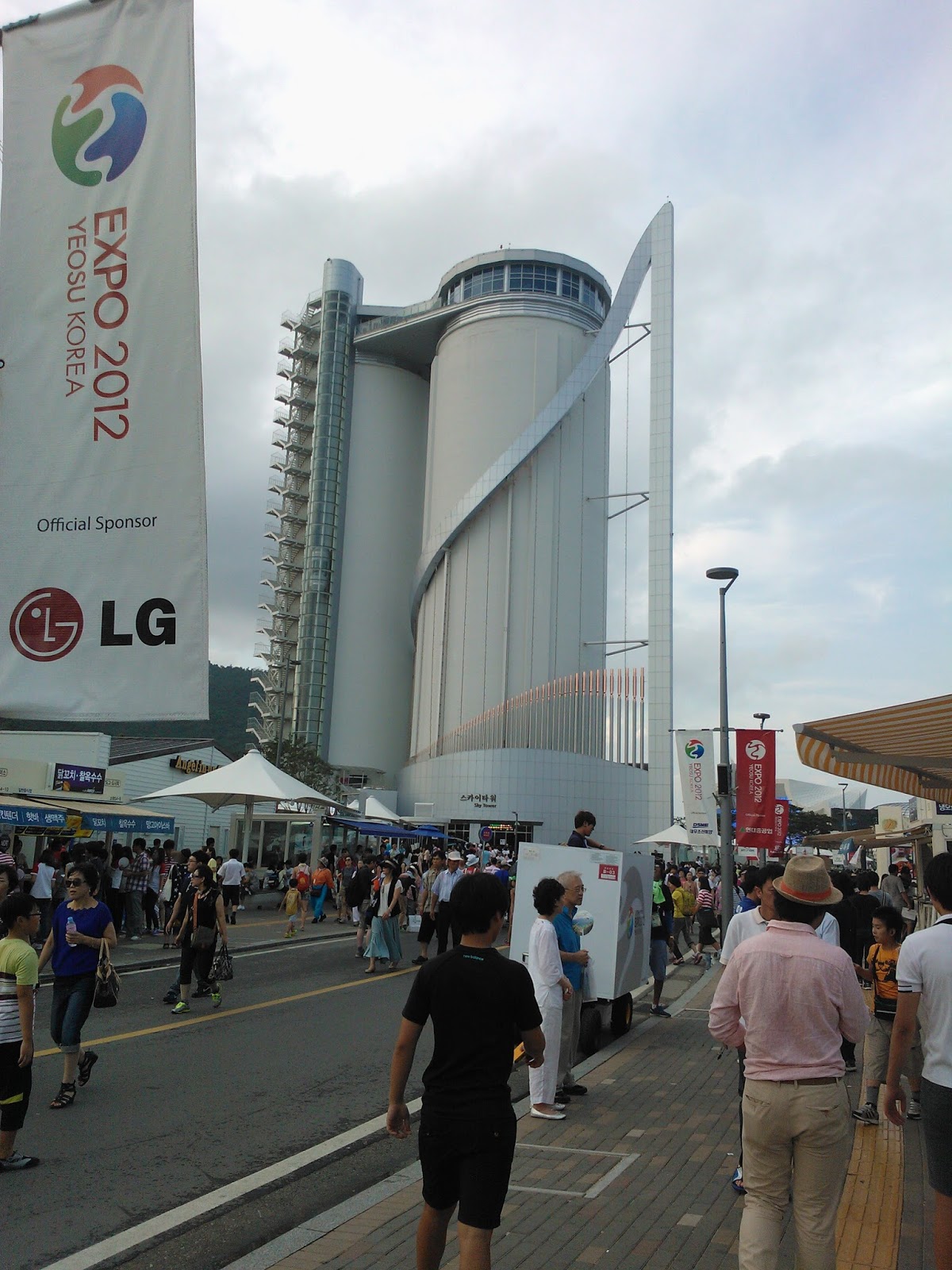 We took the bus down and arrived early enough to beat the crowds, we we're told on the hours long queues that would form for the popular attractions. It was a huge, out door place, almost a town of its out with fantastic buildings and performances.

That's pretty much where it ends, we still ended up queuing for hours on end for what turned out to be a mediocre exhibitions or shows. We had more joy from just walking around seeing the street performances.

All in all it was a nice day out, and we decided to stick around till close. As it was the last night of the expo, there was a huge fireworks and digital laser show to finish with a bang, I must say, it was the most spectacular fireworks show I've ever seen. Seemed to last forever and unfortunately our phones had died and we couldn't record it.

Anyway this is just meant to be a catch up, so please follow the link for some photos from the day.